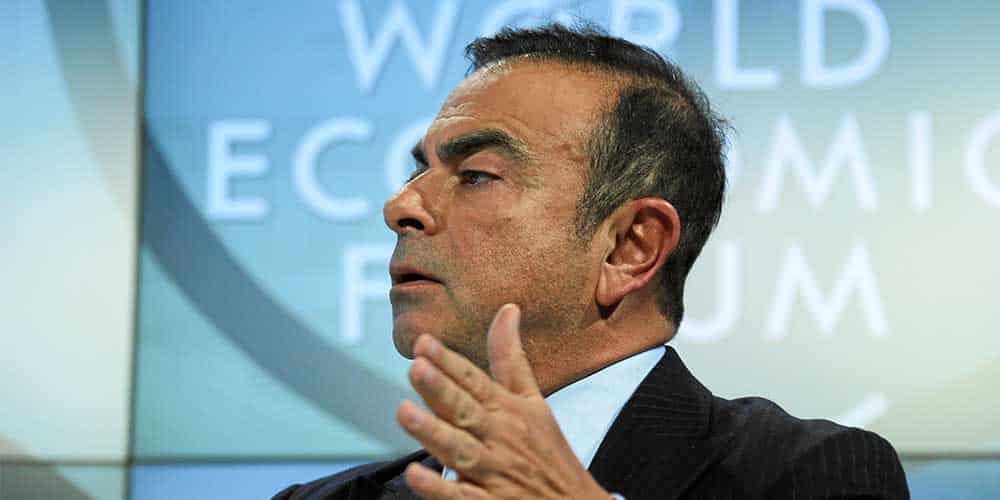 A story no less than a Hollywood movie… That is how we can describe the life of Carlos Ghosn. In fact, he is no less than our fallen hero. He reached the peak, brought his firm to the top, to then fall down, be charged and arrested. He has now escaped, seeking refuge in Lebanon! Fascinating, isn’t it? Let’s have a look at the story of Nissan Motor’s ex-chairman Carlos Ghosn.

To fully understand the role of Carlos Ghosn, we have to go back to 1999 when Nissan was on the brink of bankruptcy and it was rescued by Renault. The Alliance was then formed. In 2016, Mitsubishi, who was damaged by scandal and struggling financially, joined these two.

How did this Alliance work? The three companies retained their distinct identities, however, they operated under a global car grouping. They leverage the same technologies to manufacture their vehicles and purchase parts from the same suppliers. At the time, Carlos Ghosn was the chairman of Nissan and Mitsubishi and the chairman and chief executive of Renault. He was also chairman and chief executive of the Alliance, which has its own board. So you can imagine the power that this man held!

With time, all three firms became successful. However, Nissan grew even more quickly. It made a third more vehicles than Renault and the credit of the success could be attributed to Carlos Ghosn who ruthlessly made Nissan’s earning rise, until the financial crisis. While Nissan recovered from the crisis quite quickly, things degenerated as from then. Declining sales, rising costs and a quality control scandal in Japan… all of these affected its profit margin.

What went wrong for Carlos Ghosn?

Amidst all of this drama, Carlos Ghosn had been earning a lot of money. In 2017, he was paid approximately $17m in salary, share options and bonuses. His earnings were so much that a lot of controversies about his pay packet emerged. When things started going down, Nissan conducted investigations and claimed that Ghosn had been systematically under-reporting his earnings to security regulators and had been misusing company assets for personal benefit. With time, two main charges were reported against Carlos Ghosn:

According to Japanese prosecutors, Ghosn conspired with a fellow board member Greg Kelly to under-report about half the 10 billion yen ($88 million) Ghosn earned at Nissan over five years. Moreover, other media outlets announced that he had received share price-linked compensation of about 4 billion yen over a five-year period to March 2015. This was not disclosed in Nissan’s financial reports. Ghosn had also understated his remuneration at Nissan by around 8 billion yen in the eight years through the fiscal year that ended in March, including 3 billion yen over the last three fiscal years. These are only a few examples of the several rumours that were going around about under-reported earnings.

Moreover, following an internal investigation which was carried out for months, it was found that Ghosn used company funds for personal purposes and misrepresented the company’s investments. For instance, the Japanese public broadcaster NHK revealed that the automaker disbursed millions of yens for the purchase and renovation of homes for Carlos Ghosn in several locations such as Rio de Janeiro, Beirut, Paris and Amsterdam. It should be noted that these have no business purposes and they were not listed as benefits in filings to the Tokyo bourse. Like above, there were several other cases here as well. For instance, Nissan spent hundred thousands of dollars for vacations for the Ghosn family, Ghosn’s sister was paid for a non-existent advisory role, etc.

When these charges were made public, it is obvious that he was arrested for financial misconduct. He was also dismissed as the chairman of Nissan Motors. Besides charges by Japanese authorities, Ghosn was also charged with fraud in the US by The Securities and Exchange Commission. It is not surprising that that this scandal has caused rifts in the Alliance, the future of which is being held by a thin thread.

Following this scandal, things started going even more wrong for Nissan. Shareholders became angry and there were a lot of damages to deal with. Following repercussions, the automaker decided to file a $91 million lawsuit against Carlos Ghosn. It is no surprise that executives were furious following the financial frauds allegations. Moreover, it had to pay fines in both the US and in Japan because of the overpayments to Ghosn. Let us not forgets that sales and earnings plummeted at a rapid rate. Thus, as Nissan advanced, this lawsuit is an attempt to recover damages that it suffered “as a result of years of misconduct and fraudulent activity”.

What did Ghosn have to say about of all this? Did he keep quiet? No he did not. In fact, he fought back! After spending four months in detention in Tokyo, he was released on bail which gave him the opportunity to escape and flee to Lebanon, where he holds citizenship. Ghosn has been claiming his innocence all along. In fact, he hit Nissan back with a $18 million damage suit in the Netherlands and another claim in France for $273,000 against Renault over pension payments.

Speaking about this issue, Nissan’s former top lawyer talks about a toxic corporate culture and internal conflicts. Nonetheless, it seems to be that the main problem here seems to be transparency, or a lack thereof. According to speculations, “there’s been scant oversight by the automaker’s board of directors regarding internal conflicts of interest by senior staff, as well as executive compensation and stock option award policies”. In fact, till now, it is still unclear as to what happened or how much money was “swindled”.

This case is yet another example of the importance of transparency and the enforcement of regulations both within a company and a jurisdiction. Mauritius boasts of an organisation called ‘Transparency Mauritius’ which assists the government and other regulators to adopt a culture of good governance, ethics and integrity. In fact, the island is on the way of becoming a model fintech hub in the region.