HomeNewsFinancial ScandalsHSBC and money laundering: a story that never ends

HSBC and money laundering: a story that never ends 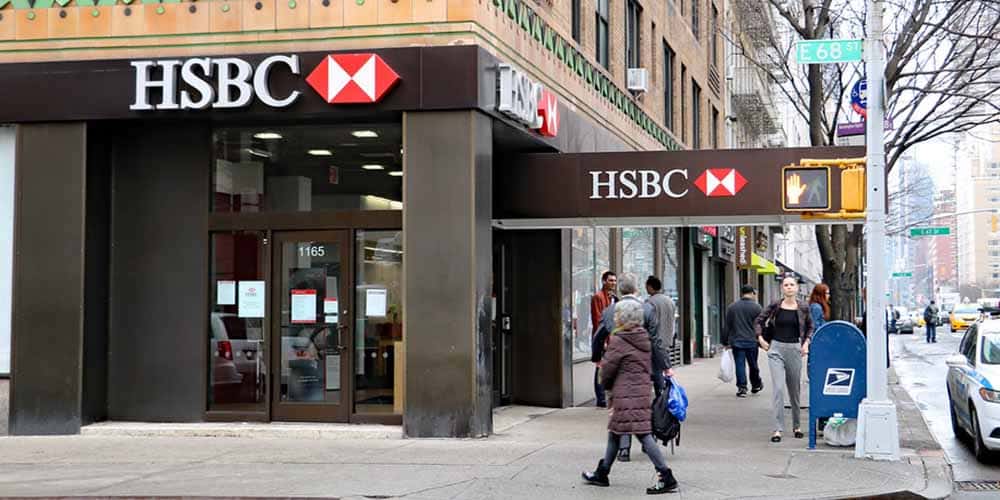 It seems that HSBC’s story with money laundering is one that will never end. Nonetheless, its episodes do not have a happy ever after for the bank. Like any story, the villain, in this case the bank, is finally discovered. That is how the operations of HSBC can be described: villainous. This is because the money laundering charges fuelled illegal activities of drug dealers. Things started going down for the financial firm back in 2012, when its criminal activities were discovered, it promised to ‘fix things’ but it seems that it did not learn from its mistakes! Let’s dive in the money laundering violations by HSBC.

The case of the drug cartels

There is no mistake on this case since the firm itself admitted to the wrongdoings. Indeed, in 2012, HSBC admitted to prosecutors that it has aided drug cartels and other criminals flow dirty money through its branches across the globe.

The money laundering protocols were so lax, dare we even say non-existent, at the firm that drug cartels were able to use it to move $881 million in drug proceeds. These were the Sinaloa drug cartel in Mexico and Norte del Valle cartel in Colombia. Moreover, it conducted business with customers in Iran, Libya, Sudan, Burma and Cuba which is a violation of US sanctions, such as the Bank of Secrecy Act or the Trading with the Enemy Act.

The worst part is that neither the criminals, nor the bank did much to cover their tracks. In fact, the money laundering transactions were conducted in a way that was open to public eye, literally. The drug dealers would just walk into a bank and deposit hundreds of thousands of dollars in cash into a single account in a day. In fact, they were so used to how the bank works that they used boxes that had been designed to fit the teller’s window. This was to speed things up and to move as much money as possible more efficiently. A precise operation, would you not say? It can be said that HSBC was in cahoots with the drug dealers since one of them advanced that HSBC was “the place to launder money”.

How did things go- HSBC’s promise

Considering how serious these crimes are, we would expect serious charges against the firm. Like all parties following this case, we were quite disappointed with the results.

In fact, neither the bank, nor top officials at HSBC faced criminal charges. This was because authorities were concerned that charging the bank would have serious implications for the financial and economic stability in Europe and Asia and that it would cause a global financial disaster. So, did the bank just go scot free? Not really. It had to pay a fine of $1.92bn (£1.48bn). Moreover, it entered into a deal which involved a pledge to reinforce its sanctions and anti-money laundering controls.

At the beginning, it seemed as if that the bank had learnt its lesson and it had started cleaning up its act.  Indeed, after signing the agreement in 2012, HSBN rolled out a project to update its systems across the globe to US systems. As mandated, it also installed an independent monitor charged with producing annual reports on the progress of its reforms on fighting financial crime.

While analysts at the time thought that these charges were too lenient, some even said it was a joke, there was nothing we could do about it, except hope that HSBC learnt its lesson.

So did HSBC learn its lesson and cleaned up its act? It seems not! According to the Guardian and the Bureau of Investigative Journalism, there was a vast money-laundering ring which moved $4.2bn through a network of 60 HSBC accounts in Hong Kong just a few years after the drug cartel debacle.

According to reports, the Hong Kong ring was discovered by HSBC in 2016 while it was trying to assess its exposure to the extremely rich Gupta family. The latter has been mixed up in corruption scandal allegations in South Africa. The report advanced that three companies with accounts at the Hong Kong branch were identified as being controlled by the Gupta family. When tracing funds flowing from these accounts, bank investigators discovered a suspected money laundering network controlled by unrelated parties.

What is HSBC’s role?

So you might start thinking: How was HSBC wrong here? Well, following the 2012 story and the agreement, the bank was expected to disclose this information to the independent monitor that the US Department of Justice brought in. However, authorities advanced that they were never, voluntarily, made aware of this. Instead they waited to be asked about it. A member advanced that the bank report was never disclosed and that this appeared to be a bigger money laundering network than any that they had identified with the bank.

Is HSBC defending itself or did it admit guilty to the wrongdoings this time? Well, the firm concluded that money-flow into these networks was contained and minimal”, the amount being just £12m. With regards to it failing its duty as dictated by the agreement, it refused to comment on the matter, saying that it was “illegal to disclose information it had shared with government authorities, and said specific discussions with our former monitor remain confidential”.

Money laundering poses a serious problem which can be contained if all parties involved are committed to prevent instances of crimes. To begin with, the jurisdiction itself should have strict AML protocols. For instance, some could advance that the leniency of authorities during the first issue encourage the bank not to do more to clean up its act. That is why countries such as Mauritius have implemented several measures to improve the environment and tighten the security in which financial firms operate. For instance, just last year, it brought changes to the Anti-Money Laundering and Combatting the Financing of Terrorism (Miscellaneous Provisions) Act 2020 to increase transparency about customers.